An Important Happening
1985-87, performance for camera 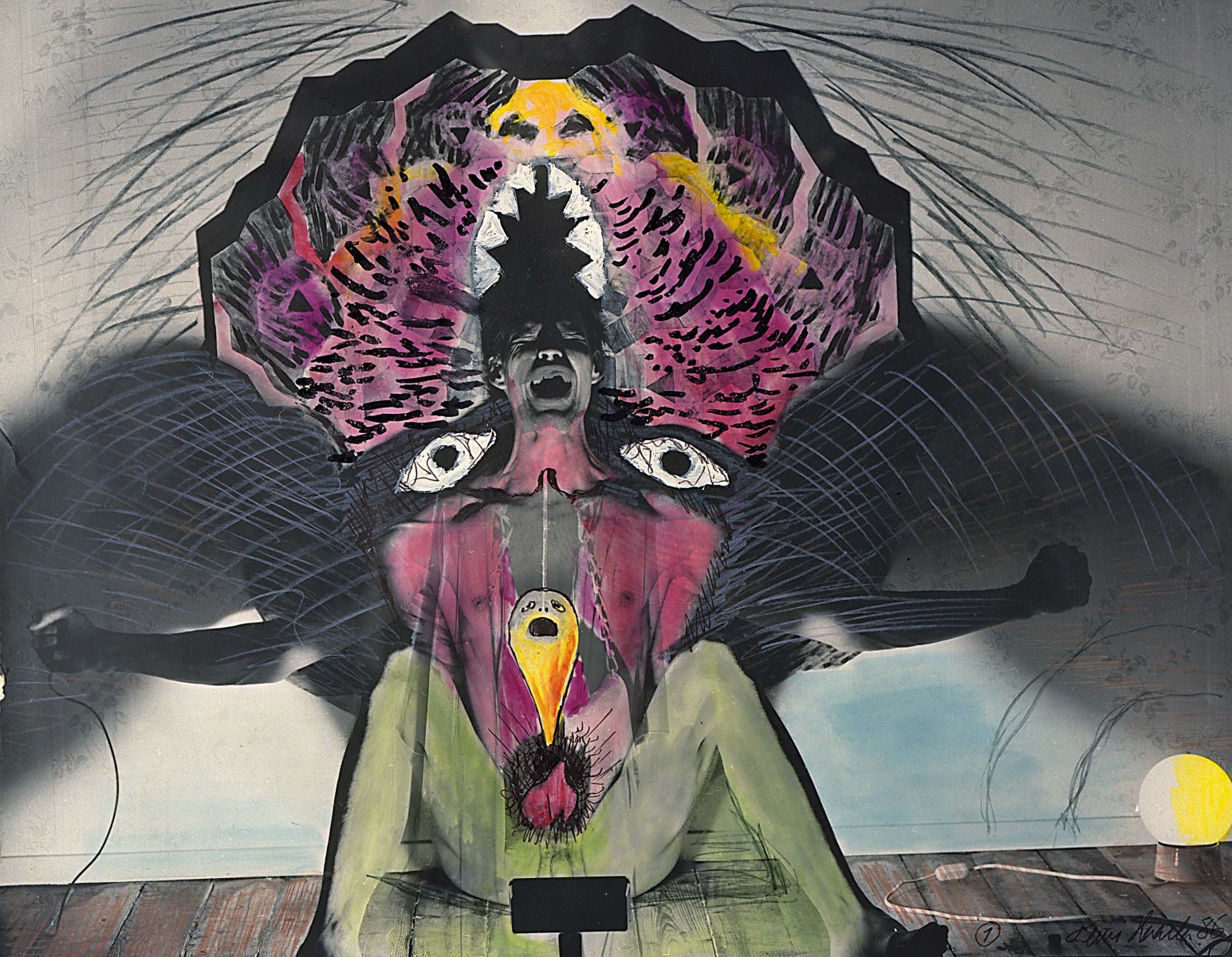 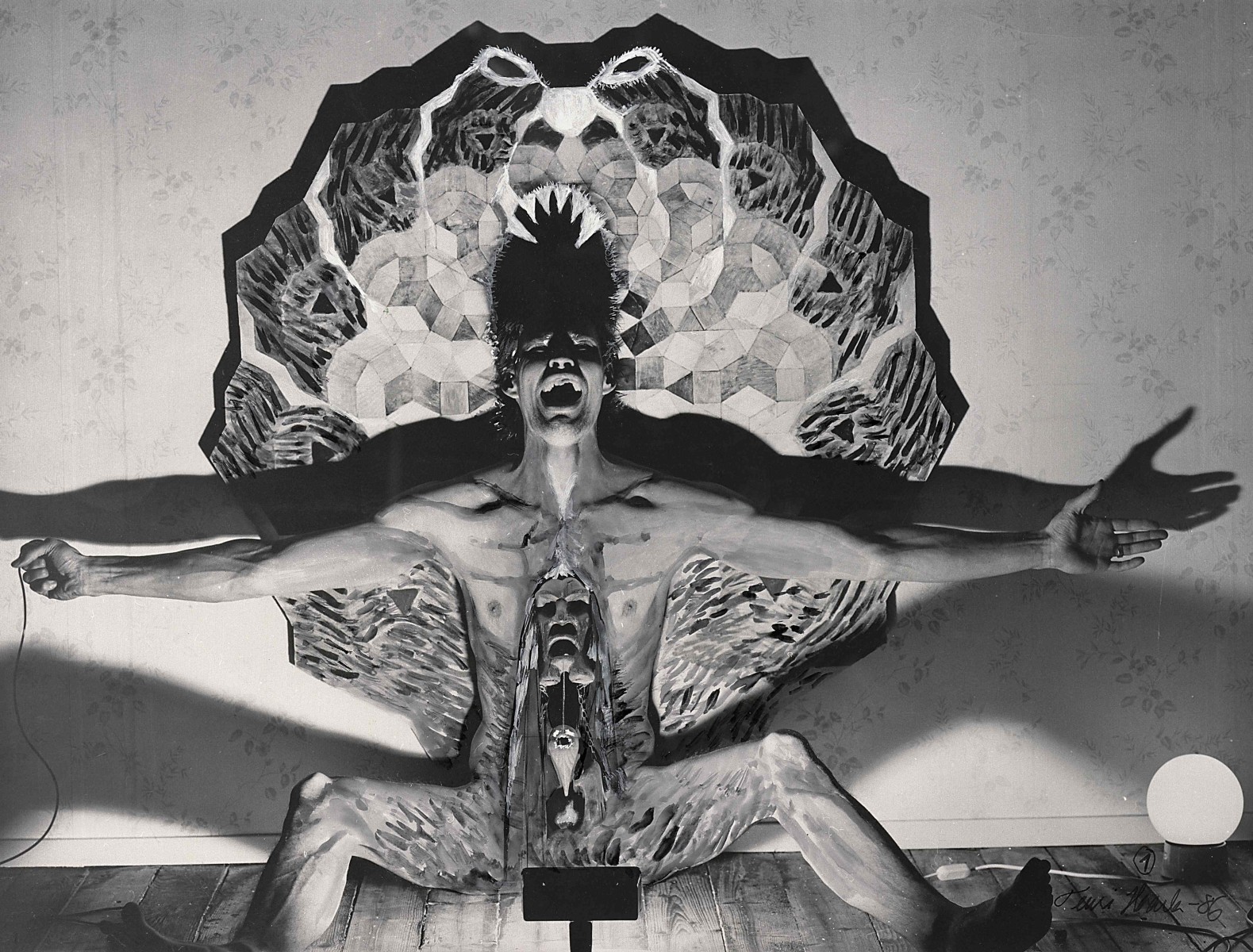 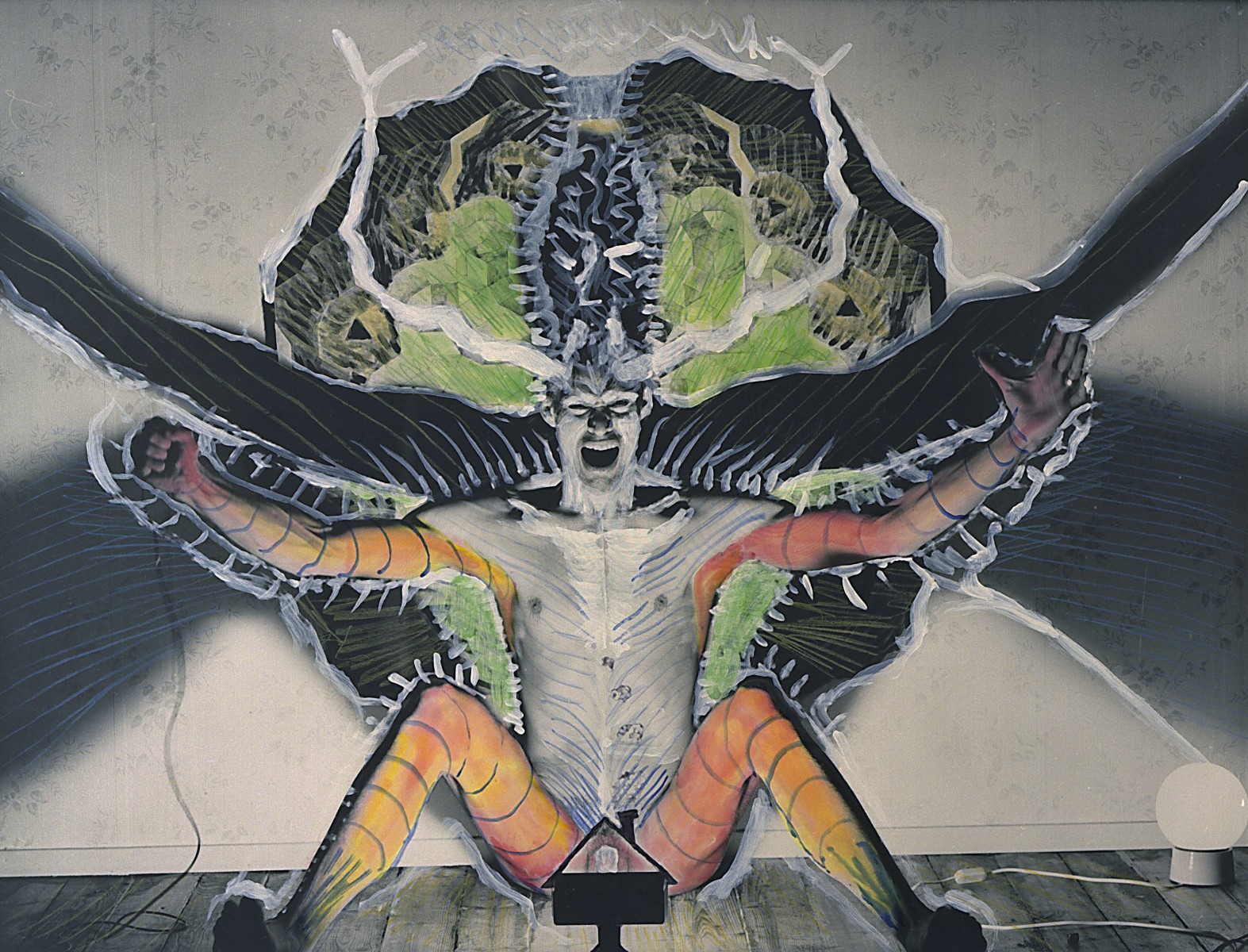 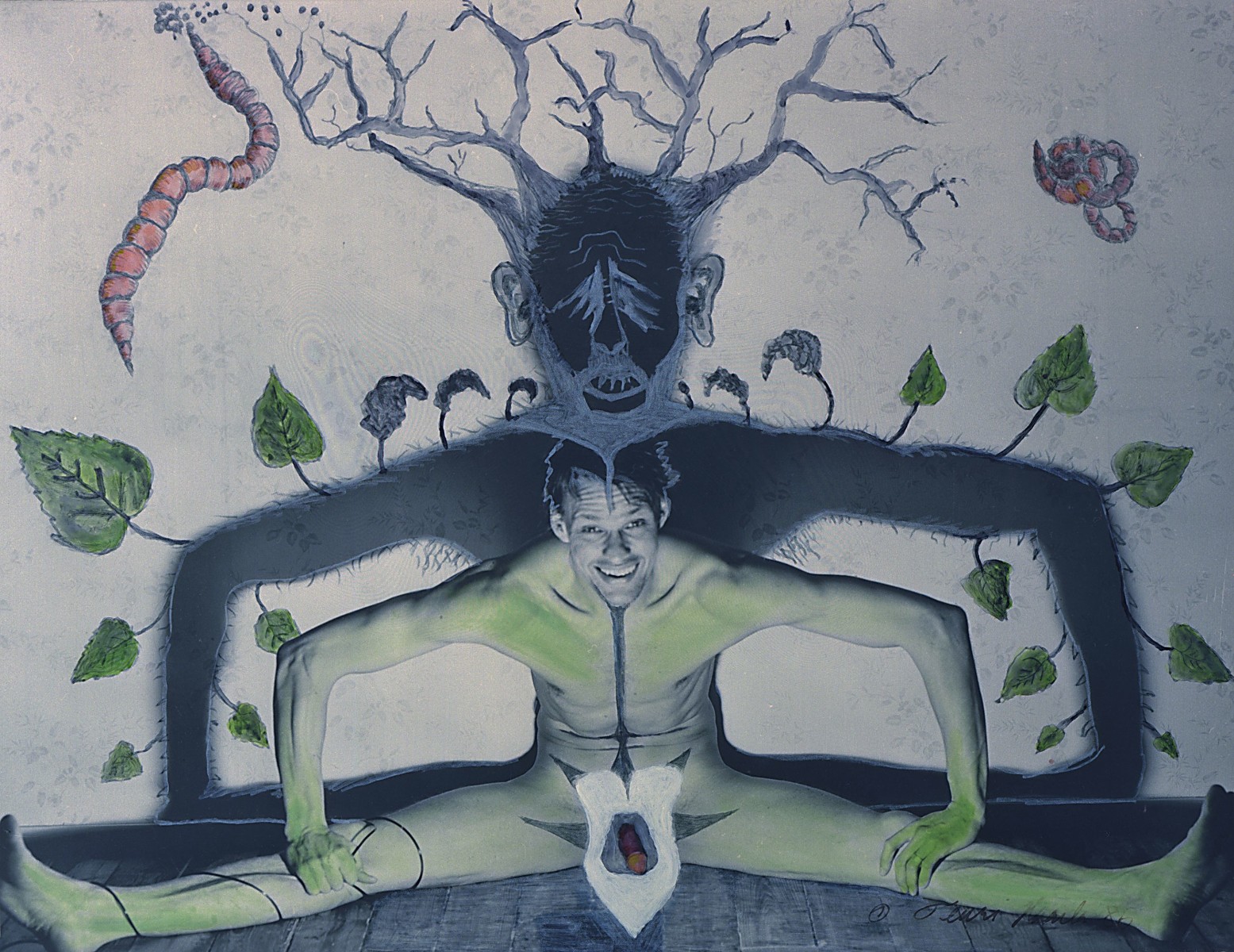 “Lets say that
AFTER CHILDHOOD I JUST NEEDED SOME REST

With few words the” short history of Biodrunk”

THIS YEAR BIODRUNK  HAS
ITS  THIRTY YEAR BIRTH DAY
I mean the “official photo-document”,
( To which I gave the name:” An Important Happening ”,
a serie of four photos. 1985)

But the conscious calling, or inviting , of that spontaneous and unconscious happening, I started, “ during the distress and agony of my youth”. It was about 35 years ago.

And the “basic experience” of that, what I later started to call with this a bit funny name, that experience came in the year 1973,
when I was eighteen, soon after my father’s early death.
In my young eyes the life of adults, this culture as a whole, all seemed to me, mostly as absurd and sick. Not as that life, I would like to live.
So  in1970 I went to my first meditation course. There were not many available in Finland then. And it was “Transendental meditation”( that same what David Lynch has been practicing).
So from that Teuri started his mental experiments, but later, quite soon, I felt that “those methods and some others of yoga, are strong mental tools, violent methods even, which can cause unpredictable damage, and also, they belong to totally different  hot climate. And I am stiff and frozen, I have to learn to move this almost a paralyzed and depressed body.  Thus I realized or understood  that I have to develop my own “ methodless method “ ,which is based on my own unconscious and instinctual real need of freeing this suffering living organism, which I am. Thanks to Jiddu Krishnamurti (1896-1986) too. Thanks to Zen book of Allan Watts too. From that zen-book (1975) I read that “ the
monks  used normal house hold works and farming works as meditation practice.”  From where, in this “our” society, could I find  for my self too,
That  was my first goal at that time.

So, 9.2.2015 , at my sixty year birth day, I dare to open my home pages about Biodrunk, after these 42 years of experiments in practice, and also after some theoretical studies and reflections too.

One reason to postpone this publishing was the fact that this
“ intensive psycho-physical phenomena” may . . . also be mentally DANGEROUS, as like that ordinary old fashion intoxication, caused chemically with alcohol.  Neither drugs I have never tried, nor  any psychic medication. But both of these “drinking habbits”, the bio- and chemical drunk, these both “ways” diminish, or weaken, the ability of conscious control.And this release of unconscious contents, we humans experience as “being free.”
And so it is, this – real danger – also happens in biodrunk. So, you have been warned now. If you try something on your own, it is only you who has the responsibility of the possible consequences . . .

People in India, they have an old saying:
LLISTEN FIRST THE LIFE STORY OF A PERSON
AND HATE HIM OR HER AFTER THAT.

My problem has more been that I already have hated myself, before the others even had time to do that. So it has seemed that one involuntary or natural medicine to this disease, has been the need to understand my life, my partents life,  this whole society, through telling this life story by myself and to myself.  So . . . I have kept a diary. And the writings on these pages now, are dug from those hand written piles of “free flowing and chaotic diaries”.

So, one medicine has been this” early morning writing”, and during these hours, “everything is allowed in the hall” (of consciousness) More of these perhaps confusing  but sometimes very emotional writings , you may find under  the titles of OWN MYTHOLOGY, AND WHY IT HAD TO BECOME BORN

Writings, with more intellectual attitude, I have put under the tittle
REFLECTING PSYCHOLOGY, PHILOSOPHY, RELIGIONS

AS a child of two theatre actors, I did not look art as  something with  much high value. On the contrary, I mostly despised artists. They were selfish, narsistic, so often alcoholics, mostly twisted  “adults” – just sick children themselves! But now . . . it has happened, that I have became an artist myself . . .
And I hated despised that, this, as well.
Because . . .  the general  over-dozed artistic ambition was the reason why our childhood was ruined. In that atmosphere of selfish ambition,
love was wasted and made impossible also because of ithe artistic competition between my mother and father. Father lost that battle, and as humiliated as an artist, although a theater director now, though he felt him self as a humiliated artist and as a human being too, he had to leave us. Had to search after “real love” which, even after three marriages, he never found.

So my first task in life was to have succes as a husband and as a father.